Tradesman Slang From Around The World

No matter your trade, you’re sure to enjoy a sense of fond camaraderie with those in your field. As well as understanding each other’s immense pride in your work, you’ll also quickly bond over in-jokes, funny stories and shared experiences. This jovial spirit is something tradesmen are renowned for, so perhaps it’s no surprise that the community has strengthened its connections by creating plenty of its own trade-specific slang over the years. Not only a popular phenomenon here in the UK, tradesmen and women around the world are also bouncing unique, new words off their workmates.

So, if you fancy sprucing up your day-to-day vocab, check out these top tradesman slang terms from across the globe.

The Aussies have a dictionary of their own, and even the word tradesman itself has a slang equivalent.

Example: “Why don’t we have the other tradies over, and have a shrimp on the barbie this weekend?!”

Example: “Oye mate, why don’t we just hire another sparky, as we’re getting a lot of business these days?”

Example: “G’day mate, it’s finally good to see the bricky done. We can begin foundations before going off to the beach to play some volleyball.”

And yes, as you may have noticed, a lot of the words end in the y-syllable which makes the profession-related slang seem cool in typical Australian fashion.

American tradesman slang is fun and light-hearted, with words like ‘labrador’ meaning ‘labourer’. And let’s not forget ‘swamper’ — a contractor on pipeline and related works.

Carptrician – a Carpenter who also does electrical work.

Example: “By the time I finish this electrician’s course, you can darn well call me a carptrician!”

French Fry – an electrician apprentice who forgets to ground themselves.

Example: “Gee, golly, I suggest you ground yourself before you begin work. You don’t want to end up a french fry!”

Muckers – a labourer working as part of the concrete team.

Example: “Let’s lay down the wiring as soon as the muckers are done with their work.”

As inventors of the English language, Brits are constantly looking for new ways to keep conversations fresh and exciting. The tradesmen in our country are certainly no exception, and have invented plenty of words for the techniques and materials they encounter on-site.

Aggregate – A pile of sand-like material, such as building sand, coarse sand etc.

Example: “Can you sweep the aggregate over after you’re done with the cuppa?”

Soldier course – Bricks that are laid vertically rather than horizontally.

Example: “Lay the bricks at soldier’s course until you’ve reached the 2 metre mark.”

Example: “Once you’re done with the skim, we can finally begin the paint job.”

Granted, some of these slang words aren’t specific to tradesmen, but you may find them useful in different situations.

Example: “I’m sorry to say this, but with a budget like this, what you’re asking for is Muzui-chou.”

Example: “I swear by my honour, I would never even think of using zurai tactics when selling building supplies. My prices are always reasonable.”

Bimyou – not very good. Used when referring to food.

Example: “This bag of chips is rather bimyou. I think we should go back to the regular fish and chip shop.”

The Irish have a long history of slang, with historians suggesting that much of it was coined by builders and stonemasons from centuries ago.

Caw-heke– To put a jinx on something, or have negative supernatural repercussions as a result of something.

Example: “You might want to knock-on-wood after saying that, laddie, you don’t want to caw -heke the whole operation.”

Balm out – Laying on the ground.

Example: “We were balm out after doing 15 hours worth of foundation work. I have to thank my lucky clover we’re still alive.”

Bar of gold – Youngest, or spoiled child in the family.

Example: “You were always a bar of gold, brother, but I hope you’re ready for some hard work.”

So, there you have it – actual tradesman slang from around the world that you can use with your mates.

How do you use slang at work? If you have any favourite slang words and phrases let us know in the comments on Facebook or Twitter.

Tradesman Saver also provides insurance for tradesmen covering a wide variety of professions. For further information on all the trades we can cover, please see our Tradesman Insurance page. 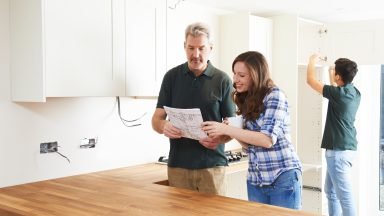 How to prove you’re a trustworthy tradesman 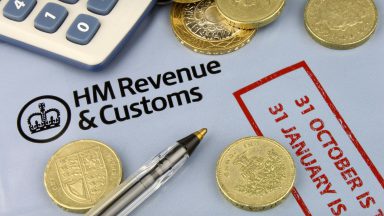 What tradesmen need to know about VAT 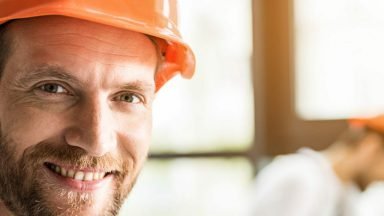 Four traits to look for when hiring subcontractors